As one of world's leading exporters of live animals, the country is also one of the largest contributors to animal suffering.

Live export is such a disturbing issue that even the most moderate animal protection organizations oppose it.

The transportation of farmed animals over long distances, most frequently by ship, has received significant scrutiny from animal advocacy organizations and society in general since the first evidence of what animals endure during the journey began appearing in 2003.

Some organizations, such as Animals Australia, campaign intensively on the issue, releasing disturbing evidence on an annual basis. Footage from the organization's most recent investigation into sheep destined for the Middle East is harrowing, but typical, showing animals packed so tightly that many could not reach food or water or even lie down to rest. According to Animals Australia, the conditions are ripe for disaster: "extreme heat, exhaustion, rough seas, poor ventilation and millions of litres of untreated waste, and a typical live export voyage quickly becomes the perfect storm for death and suffering."

Some of the largest exporting countries have ended the practice.

In response to growing public concern and scrutiny, some of the largest exporting countries have ended the practice, sometimes temporarily, sometimes permanently. New Zealand effectively banned live export for the purpose of slaughter in 2007 after it was exposed that 4,000 sheep died on a ship bound for Saudi Arabia some years earlier.

Australian authorities have temporarily suspended live exports to a number of countries, including Saudi Arabia in 2003, Egypt in 2006, Indonesia in 2011, Gaza in 2013, Jordan in 2014, and specific facilities in Vietnam in 2016. Each suspension followed the release of footage showing inhumane transport conditions or horrific abuse in slaughterhouses upon arrival at the country of destination. 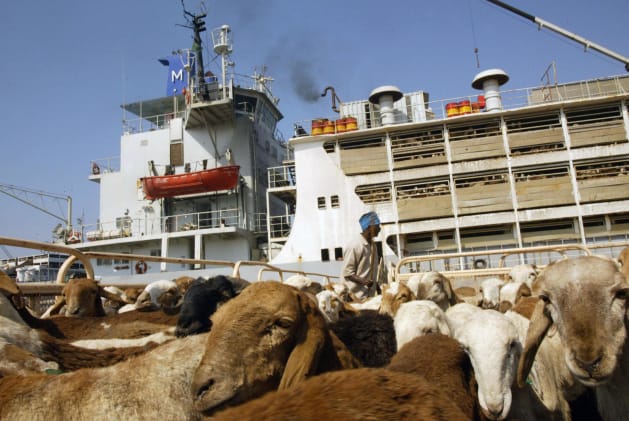 Although less widely known, Canada is one of the world's leading exporters of live animals and animal products. In 2014, Canada was the world's fifth-largestexporter of agriculture and agri-foods. Last year alone, Canada exported over 24 million live animals. Chicks and turkey poults accounted for the vast majority at over 17 million, with other young animals, such as calves and piglets, also intended for fattening, generally in the US, accounting for another nearly five million. The remaining two million animals endured the longest journeys, travelling thousands of kilometres by ship or cargo plane to countries where few to no animal welfare regulations exist.

These animals can be roughly broken down into two groups. The first group includes those who are killed immediately upon arrival, such as the nearly 5,000 horses flown to Japan whose meat is eaten raw as a delicacy known as basashi, or the sheep and goats who are destined for Singapore and other countries where they are killed in large numbers during annual festivals by having their throats cut while fully conscious.

If Canadians knew more about live export, would they support it?

The second group consists of animals who are exploited for their breeding potential. These include young female pigs sent to China where they are crammed into barren metal and concrete crates in high-rise factory farms and forced to produce piglet after piglet; and young dairy cows transported by ship to Russia and Kazakhstan where they are repeatedly artificially inseminated only to have calf after calf taken from them in order to redirect their milk to humans.

Not included in this already staggering statistic are the nearly 40 millionfertilized eggs of various species exported by Canada. Information on what becomes of these birds seems particularly elusive, but may include a delicacy called balut, whereby a bird embryo (usually a duck) close to hatching is boiled alive and eaten from the shell. 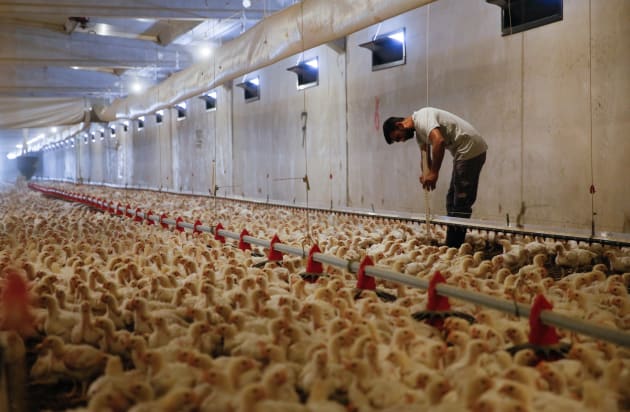 And the numbers continue to rise. The Canadian government announced in its 2017 budget its intention to increase overall agricultural exports by 40 per cent by 2025. Along with animal products, the goal includes expanding the number of live animals exported. Canadian politicians and industry leaders are particularly keen on expanding market shares in China. The agricultural press excitedly covers trade mission after trade mission with industry representatives joining federal ministers on expensive trips abroad. Just last week, the chair of Canadian Pork International accompanied Federal Minister of Agriculture and Agri-Food Lawrence MacAulay on a 10-day trade mission to China.

All this begs the question, if Canadians knew more about live export, would they support it? Recent evidence in the massive growth of vegetarianism and veganism in generation Y and millennials, as well as the growth of flexitarianism in baby boomers, indicates they wouldn't.

Reasons cited for their dietary change include health concerns, the negative environmental impact of meat production, and a greater awareness and concern for the suffering of farmed animals. Live export becomes a case of hear no evil, see no evil, exporting a lifestyle that, for the vast majority of Canadians, is increasingly recognized as unhealthy, environmentally damaging and cruel.